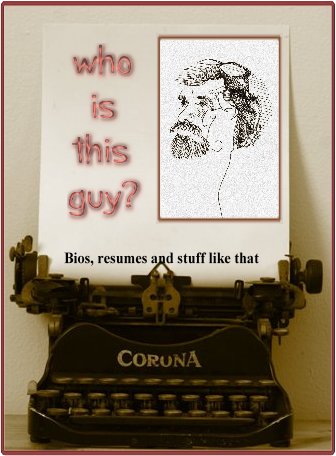 Andy Smith was born in California and spent his youth growing up in San Diego. His parents, Jerry and Aljeanne, grew up in Hollywood – Paul Gerard Smith (his Dad’s Dad) was one of the great writers of the 20s, 30s & 40s, while Hermes Pan (his Mom’s Uncle) was the greatest choreographer of Hollywoods great musical era.

Coming from such a creative background, Andy became the school poet in high school and then started a band with his best friend, Norm Johnson in the very early stages of the Jesus Movement in the late 60s. CHILDREN was one of the first gospel groups to take Gospel music into a new era of songwriting and Andy was one of the main contributors. He played bass and sang harmonies on stage, but his real talent was in the writing and creating new material. CHILDREN was one of the first groups to play all original Gospel songs in this new era of Jesus freaks, coffee houses and groundbreaking songs you’ll never find in hymnals.

After a busy five year run, CHILDREN broke up in 1975 but Andy continued performing writers nights and weddings with his duet partner Ros while trying to get his songwriting career going. He worked with Spoone Music in L.A. and it was Sonny Gordon, his publisher mentor, who suggested that he would do well if he went to Nashville, Tennessee.

Moving to Nashville in 1983, Andy’s writing career broadened as he started to write columns, articles, books and plays along with his first love of songwriting. Though commercially he was never able to quit his day job, the many examples found on this web site support the argument that he may be one of the best story-tellers of his time. The most unrecognized writer in America may be a stretch… but not much of one after you’ve read his stories.

OR HERE FOR THE SMITH FAMILY BIO